The project of the Endowment Development Strategy “Diema’s Dream” received the Audience Choice Award based on the results of evaluation by experts and colleagues!

Diema's Dream Charitable Foundation > Без рубрики > The project of the Endowment Development Strategy “Diema’s Dream” received the Audience Choice Award based on the results of evaluation by experts and colleagues! 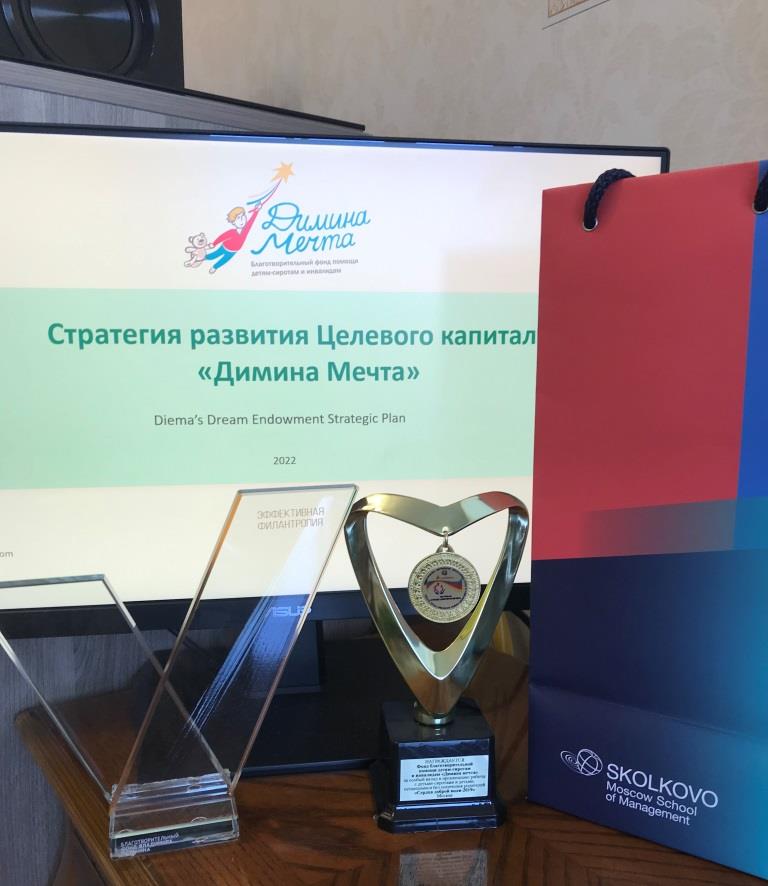 The endowment of “Diema’s Dream” was formed to provide social assistance (support) to children with severe and multiple developmental disorders (SMND).

Right during the presentation, the listeners made donations according to the details of the Endowment, which can be found on the foundation’s website! Short link to the donation form https://inlnk.ru/XODBaa

“At first, we simply provided financial assistance to orphanages (1996-2006), then we realized that something needed to be done so that children with disabilities were not left in institutions, and the founder of the foundation advocated the creation of a family center so that parents would not leave children. And in 2006, one of the first centers for social habilitation in Russia was opened (2006). Then many centers appeared in Moscow where parents can turn for help, and we were already fully engaged in assisted living and the development of the Portage methodology, which allows us to provide support for children with SMDD and their families within walking distance.

Life is constantly changing. Successfully solving some social problems of children with SMDD, we see new, emerging ideas and solutions. Sometimes new challenges arise. For example, such children were recognized as trainees, but the institutions are not ready, there are not enough specialists, and then NGOs come to the rescue. And this is such an eternal story, for which it would be best to have eternal capital,” says Elena Volodina, director of the fund.
The sphere of social assistance catastrophically needs additional resources. In our country, a lot of resources are allocated to the social security system. At the same time, we know that the more developed the country, the more powerful the charitable sector, and not a single state can completely provide for the needs of those in need without the participation of NGOs and the public. Many things can be done only at the expense of charitable funds – to purchase advanced equipment, to make an innovative project, to test a new technology, to provide emergency assistance to a child if there are bureaucratic gaps and such assistance is not yet possible at the expense of budgetary funds.

We are sure that it is right to make a donation to the Endowment Capital, because one million rubles can pay for 4 rehabilitation courses today, and by putting them into the Diema’s Dream Endowment Capital, this million will change the lives of dozens of children for the better, because the fund will not be spent the “body” of the donation itself, but the income from the management of these funds. The management company Alfa-Capital is currently successfully coping with the task of increasing funds.

The strategy has been developed since autumn 2021 with the support of a grant from the Vladimir Potanin Charitable Foundation and Skolkovo Municipal Self-Government. At the 4th Module, which completes the training program, leading museums, universities, cultural organizations and NGOs presented their projects to experts and invited guests: trustees, philanthropists, interested parties.