It is paid a rehabilitation course for Daniil K., born in 2014, Uvarovo, Tambov region

Diema's Dream Charitable Foundation > We have helped > It is paid a rehabilitation course for Daniil K., born in 2014, Uvarovo, Tambov region 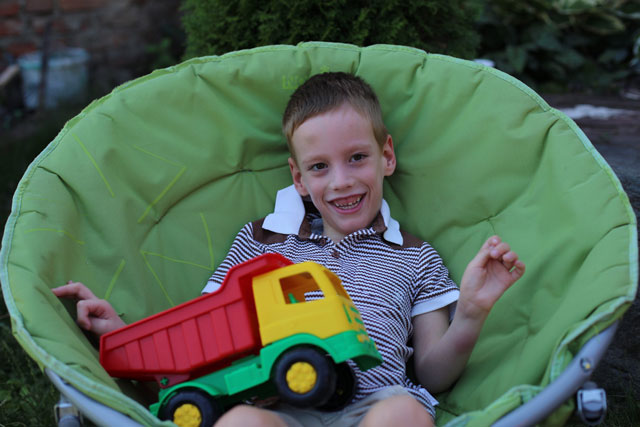 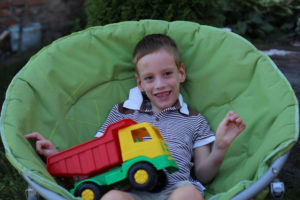 Required: a course of treatment and rehabilitation at the Institute of Medical Technologies, Moscow, cost 224,428 rubles.

The Foundation managed to help Daniil as a result of collecting donations that came “contactless” through:
– our official website through electronic translations;
– cash collected with the help of boxes for collecting donations, which are installed at gas stations BP and Rosneft.

Danya’s almost 7. Despite his severe diagnoses, he is able to do many things: supported by an adult, he takes a few steps, sits with support, walks in a walker in a straight line. At adults’ request, he can show who is on which picture. Daniil understands a lot and he is happy to learn new things. He knows many animals, birds, insects, names colors and shapes, he has learned the alphabet, he also shows where it is written “mother,” “dad,” “do not want,” “hot” and understands many other important words…

But Danya was born premature – at the 29th-30th week with a weight of 1900 gr. And the first year of life was a real ordeal for the child and his family.

From his mother’s letter:

“At birth, the son did not breathe, received severe hypoxia, spent 1.5 months in intensive care with ALV, with constant manipulation, with a drainage tube in his tummy, from which every day he poured out a glass of liquid unknown to doctors… Then Danya had pneumonia, learned to breathe by himself and forgot how… After that, for a month in the pathology of early childhood, he learned to eat not through the tube, but to suck a bottle and mother’s breast. There he got pneumonia again, then was home for a month, then was hospitalized for a month again. This time, in surgery, the boy had a kidney exam – the doctors promised to correct the septum in the left kidney, they planned to conduct an operation for his multicystic, but in the end the kidney was removed. The doctors said there was nothing to save. Danya was only 4.5 months old.

The infancy of the son passed as in a terrible dream – the baby’s endless tears of stomach pain went on for over a year. The son did not develop, but only suffered from his sick tummy, slit up and down. The whole year we lived with the baby at home, then in the hospital – a month here, a month there. And in the year in the hospital, the child had an attack of epilepsy. For some reason, the doctors did not react at all. And at the age of 1.3, we ourselves began the examination and treatment of the child in Moscow at the Federal State Autonomous Institution “National Medical Research Center for Children’s Health” of the Ministry of Health of the Russian Federation.

And from the first examination, and every day, and every hospitalization – every three months to three years – we have been learning all the new and new diagnoses of the son. My tears didn’t dry at night. We were immediately diagnosed with cerebral palsy and many more concomitant diagnoses, which together inhibit the psychomotor and speech development of Dani.

Over the years, we have accumulated more than 30 different discharge epicrisis from hospitals and rehabilitation centers. In 2018 we had our first course of treatment in IMT and finally, the child began a long-awaited development: Danya became more sociable and inquisitive. After the second course he learned to show where to go, to express his desires without speaking, without crying, became more emotionally stable and strong in body, more active. My son stopped shuddering at night and stretching his arms, his sleep has improved, as well as his EEG, vision, hearing, etc. examinations.

In Institute of Medical Technologies doctors treat with the load that fits the child at the time of the examination – and this treatment helps us. But it is needed every six months. The epileptologist has injected us with another drug for epilepsy and EEG has improved, and while before it has been only getting worse from year to year. We need to adjust the doses of anticonvulsants and study the EEG of their action. Epilepsy is a very complex disease that only the epileptologist understands, and so far, we have the only doctor in Institute of Medical Technologies who observes my child.

For 6 years now, from year to year, we continue to fight our difficult diagnosis – all the funds of the family go to the treatment of the child. But this is nothing compared to the seriousness of the case and the cost of treatment, specialized technical means and rehabilitation.

We really need another rehabilitation course at this clinic! After that, the son will learn to crawl, sit, or get closer to it. Dania will reduce spasticity; his intellect will improve and his spasticity will decrease.

Thanks to everyone who can help my child! Good health to you!