Thanks to you, Nika Sh., from Pechora, Komi Republic, will undergo a rehabilitation course!!!

Diema's Dream Charitable Foundation > We have helped > Thanks to you, Nika Sh., from Pechora, Komi Republic, will undergo a rehabilitation course!!! 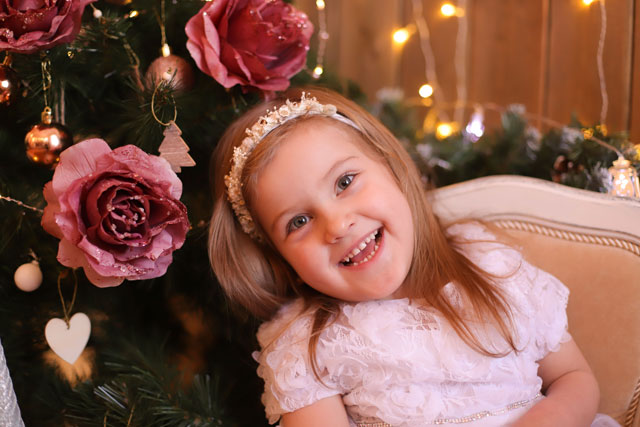 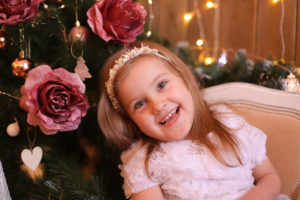 We were able to help Nika thanks to donations that came through:
– our official website using electronic transfers;
– private donation from Rumyantsev Maxim Vladimirovich;
– cash collected through donation boxes installed at BP and Rosneft gas stations, as well as in the Fitness One network of sports clubs;
– donations to Yandex.Money.

Nika is a third child in the family. Her parents and siblings were looking forward to her birth. Two months before the due date everything was ready for Nika: her room was equipped and furnished and everybody was eager to meet her. The only thing missing was her name. Her parents came up with a few options and decided that they will finalize their choice after the baby’s been born. However none of the options seemed suitable afterwards.

From her mother’s letter:

“Our baby was born on the 32 week of pregnancy, on my birthday – May 9th. I had a C-section due to placental abruption. The doctors gave her 1/4/6 as per Apgar score.

On the following day the ER doctor pronounced the scariest words in our lives – our daughter will probably be disabled. Nobody had anything comforting to say. The future lay dark and unknown ahead of us. Our hearts ached – and that pain never went away. On that day we gave our daughter her name – Nika, in honour of the ancient Greek goddess of victory.

She was put on a ventilator hours after her birth. Three weeks later she was flown by a medical flight to the republican children’s hospital in Syktyvkar where we followed all the stages of recovery and were discharged when Nika was two months old. Since then we’ve been travelling a lot. When we got back home after a course of treatment at the hospital named after Speransky in Moscow, Nika had her first seizures. We left for Syktyvkar once again – there was a long process of selecting the best medicine which only made her condition worse. It was decided to choose hormone-based therapy, and due to it in March 2017, when Nika was ten months old, she had remission. But when the effect of hormones wore off, she had a dreadful setback in all the skills that she’d managed to acquire by that moment. Nika couldn’t do anything – roll over, take a toy from one hand to the other, even swallow. She kept crying day and night – 24/7!

We then went to Moscow for a complete checkup and rehabilitation. Nika had a course of massages and was examined by an epileptologist who was the first to assure us that Nika will get better as she is a very active girl who shows positive dynamics and that we should keep fighting for her recovery.

Regular rehabilitation courses significantly improve her physical, psychological and emotional state. It’s already been four years that we go for rehabilitation every one or two months – to private clinics and federal institutions. We’ve achieved solid positive dynamics – our daughter can roll over, sit without support for a few seconds and she even tries to get on all fours.

Nika, our tiny Victory, is a very cheerful, sociable and smiling girl. She understands speech addressed to her, knows most letters and says them when asked for. She loves music, and tries singing different songs. She adores musical instruments and tries to repeat rhythmic pattern on them. It’s a huge achievement as speech follows a certain rhythm, too. Music lessons help Nika’s speech to get better.

Over the last year we’ve had three rehabilitation courses in the center “Rodnik” (Spring), St. Petersburg. Due to those Nika started saying new words and got much stronger. She can now keep a tall back and stand with some support. Each course helps her to acquire new physical and mental skills which fit the long-term rehabilitation plan worked by the center experts for Nika.

We must carry on. There are neither experts nor rehabilitation centers in our hometown. Another rehabilitation course in the center “Rodnik” (Spring), St. Petersburg will help Nika to achieve new heights and get closer to her key goal – become independent!

We believe in our baby! Please take a leap of faith in her, too!”

In case the funds raised to treat a particular child exceed the required amount, the balance shall be used to cover treatment for other children and other expenses associated with the present program (Clause 1.6.3 of the “Regulations on the charity program of targeted help “Shag Navstrechu” (Take a Step).