Congratulations on the European Day of Languages to the fund’s friends from Russian International School!

Diema's Dream Fund > Actions > Congratulations on the European Day of Languages to the fund’s friends from Russian International School! 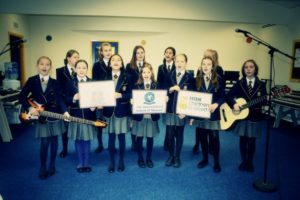 We have felt the support of our friends – students, teachers and administration of the Russian International School for many years in a row. We want to congratulate with all our hearts our assistants on the European Day of Languages!

This holiday has been celebrated annually on September 26 since 2001. The European Day of Languages was created to support linguistic diversity, bilingualism of every European and the development of language teaching in the world. Every day more and more people are fluent in one or two foreign languages. This craving for learning other languages is more than one hundred years old. It was fashionable among educated people even in the 18th-19th centuries from different countries to show off their knowledge and use a word from French, German or Latin in speech. Knowledge of at least one foreign language was considered as the norm even then.

Which has been operating in Moscow since 2008, children are offered effective learning of two or more foreign languages at the Russian International School. This school has been operating in Moscow since 2008 and relies on the most modern and effective teaching methods to ensure that the pupils achieve the best results throughout their studies. Students of this school live a bright, interesting and eventful life, including participating in charity work.

Today European institutions officially use languages on equal terms: English, Bulgarian, Hungarian, Greek, Danish, Irish, Spanish, Italian, Latvian, Lithuanian, Maltese, German, Dutch, Polish, Portuguese, Romanian, Slovak, Slovenian, Finnish, French, Czech , Swedish, Estonian. All decisions made by EU authorities are translated into all official languages. EU citizens have the right to contact EU authorities and receive a response to their inquiries in any of the official languages. Measures at the high-level events are being taken to translate the speeches of the participants into the official languages of all participants. The preservation and development of language including small ones is declared as the official language policy of the European Union. The ways to achieve this are usually cited as learning more than one foreign language and continuing to learn languages into adulthood.