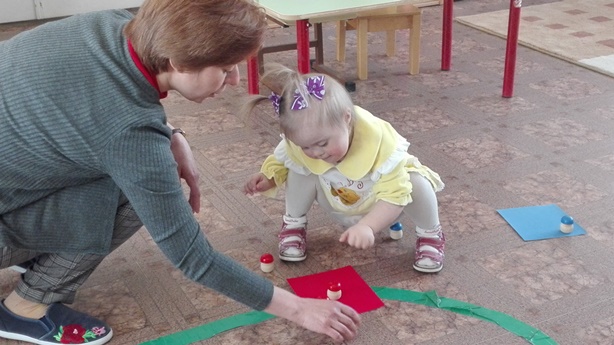 Since January of this year, the “Portage” pilot project has been launched at the Center Skolkovskiy.

It now involves seven specialists in the Center who have been trained by workers from Diema’s Dream to use the highly effective ‘Portage’ method. The specialists work with seven children from the ages of 2 to 11 years where sessions are conducted daily, as 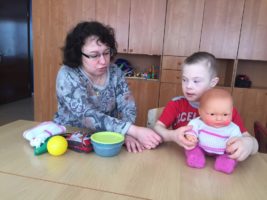 a specialist is assigned to each child individually.

As a result of the course, 330 sessions have already been conducted during the project. The project team recognizes that the ‘Portage’ method positively influences the style of work within the orphanage and it changes the attitude to how process of development can instead be done in regards with the children. The “Portage” methods’ success is growing in Moscow as it helps to show what children are capable of, proving what once was thought to be impossible for them can be overcome. Moreover, it helps to consistently challenge children to study new skills, set real development goals, and thereby achieve them, not simply be the ‘vegetable’ many people seem to think they are. 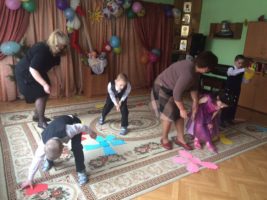 Other specialists of the Center – speech therapists, defectologists, psychologists, medical psychologist, neurologist, instructors of adaptive physical culture – are also involved in the project work. And, of course, teachers and nurses in groups that work with children during day.

As of the children, despite such a short period of time into the project,  they already have had obvious signs of progress! For example, each child has already acquired and consolidated in everyday life an average of 15 new skills in areas such as self-service, cognition, motor activity and communication with other children. This significantly improves the quality of life of children, as well as increases their adaptive capacity and promotes socialization, which is very important for returning them to their blood family or into general society in the future. 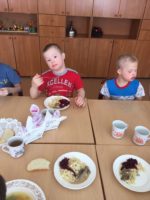 A prime example of development would be Daniel, who learnt how to: eat with a fork; play dress-up, put on a jacket and shirt, unfasten buttons on clothes; to do skits; make a choice when asked about it; interact with adults, all while following their instructions; understanding of the six senses senses; pour liquid from a jug into a glass; wash his hands and feet; indicate large and small items, and other skills. The boy is now being taken back into his family – and it will be much easier for him to adapt at home, because he knows a lot, as well work will be easier for those living with him as they wont have to do as much for Daniel. 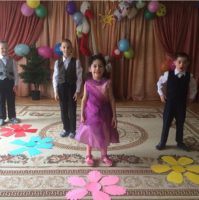 The same story happened with Nargis, a girl who during the project has learned to dance by imitating other children. Lo and behold, on Open Day where visitors can come and look around, potential parents saw her and decided to take her into their family! During the project, Nargiz learned how to wear socks; unbutton buttons, cut with scissors; follow the rules, follow other children; welcome family members; follow the rules in a group game led by an adult; pour liquid from a jug into a cup; wash hands and feet during bathing; describe scenes or a character from a familiar story; repeat finger games, played with words and gestures; answer the question “What is this?”, calling the familiar subject; ask for “more”, and other skills. All this, of course, will help the girl to live in a family much like Daniel. 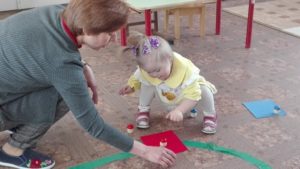 While Daniel and Nargiz are only a few examples of the success following the Portage method, there have been hundreds of other impressive child cases. Thanks to the studies on the “Portage”, for example Sasha has not only learned how to design, to turn the pages of a book, use touch to determine material, but also verbalize all of her actions, which has led to the good dynamics in the development of speech. Vanya also learned to eat with a fork, play role-playing games and add pieces of a puzzle together and much more.

Lessons with kids, who are only 3-4 years old, have also exceeded all expectations. Arina and Demyan have already learned how to drink from a cup! meanwhile Nastya performs simple actions at the request of an adult, points to parts of the body, puts on and takes off her hat, says hello and says goodbye.

Recently, we saw the successes of children together with the project consultant Almanova Maria. She once again came from the Ryazan region for a scheduled meeting with specialists. Maria highly appreciates the great experience and professionalism of the team, their interest in the development of children and efforts to develop the “Portage”. During the meeting, different issues were discussed, documentation was developed with each specialist and recommendations for further planning of the lessons were given.

We are sure that further work will give many more positive results in the development of children and the team of Center will practice “Portage” in future!

We sincerely thank our benefactors – thanks to their efforts the lives of children are changing for the better!

if you wish to support the “Portage” project further by learning more about it or making a donation, click here:  https://ddfrussia.ru/en/campaign/pilot-portazh/