Vasilisa will be able to walk!

Diema's Dream Fund > We have helped > Vasilisa will be able to walk! 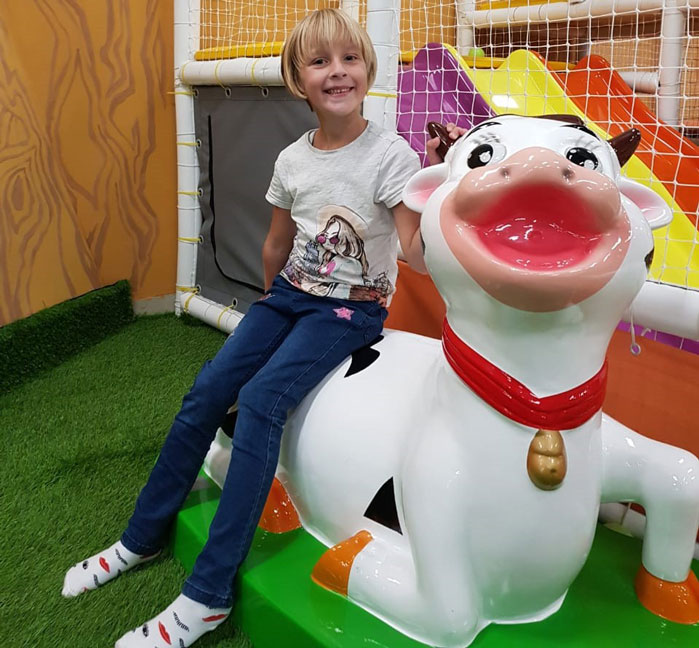 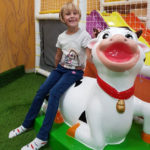 The case required a rehabilitation course at ReaSanMed LLC in St. Petersburg with a total cost of 208 950 rubles.

We thank Renaissance Capital employees for their donation that covered the costs of the long-awaited rehabilitation treatment for Vasilisa! Thank you!

‘On 6 July 2013, after fourteen hours of difficult delivery with two nerve blocks, Vasilisa was born. She was 3850 kg and 52 cm. We were discharged on the fifth day, as there were no complications and the child was healthy. Two weeks later I noticed a freckle on Vasilisa’s left upper eyelid, which in two months turned into a huge red spot the size of a five-ruble coin. I went to see an oncologist, who said that she had a capillary hemangioma and it had to be treated immediately to stop its growth, as the hemangioma can affect the function of the eye. At the age of three months, we began to conduct a course of laser therapy (15 sessions, 4 of which were under general anesthesia). After that, the problems followed: at 6 months she couldn’t sit or turn over. We began to work hard: physical therapy, massage, visiting osteopathic physicians… By the time she turned one, Vasilisa finally could sit, at 2.5 she began to take a couple of steps on her own, and at 3.2 she began to speak.

Now, at the age of 6, Vasilisa can sit on her own and does it with confidence, can get up and stand with a handhold (having tremor), can walk with support by the hand with an ataxic gait (recurvation in the knee joints), can crawl asymmetrically (she crawls on the right leg and drags the left), can speak individual words (tries to repeat speech), and understand the addressed speech.

She was examined, had an MRI of the brain, and there were no developmental abnormalities (which means that she retained her intellectual capacity). As a result, we were diagnosed with cerebral palsy. Nevertheless, we are not giving up. We have been working with our daughter and undergoing rehabilitation courses. In February 2017 we ended up at the Romanov Center, where treatment yielded good results: Vasilisa got stronger, became more confident and balanced, and her tremor decreased. But my daughter is growing and developing, she really needs constant rehabilitation, which costs a lot of money. Therefore, I have to ask for help.

Lately, we were being offered a comprehensive rehabilitation at the ReaSanMed medical center, the estimated cost of which is 208 950 rubles, which is unaffordable for us. Any help is very important to us! Vasilisa is not hopeless, she has a good chance to learn walking on her own.